Members of the ETH community who need a fast, secure and reliable internet connection for their data now have an alternative: SCION network technology, invented at ETH Zurich, is now also available to any ETH lecturers, researchers or employees with special security, performance or reliability requirements. 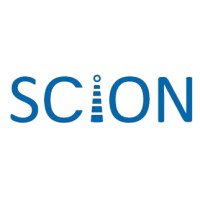 SCION is a fast, secure and reliable alternative to conventional internet infrastructure. It was invented and developed at ETH Zurich by Adrian Perrig, Professor of Computer Science, and his Network Security Group. Other computer science professors play a key role, too: David Basin’s Information Security Group helps maintain the high security of the system and Peter Müller’s Program Methodology Group helps ensure the security of the implementation.

The name SCION stands for “Scalability, Control, and Isolation On Next-​Generation Networks”. In contrast to conventional internet infrastructure, a data packet sent via SCION is not only provided with the receiving address, but already contains the entire route it is to take on its way through the internet at the time of sending. This means that with SCION, data packets don’t take detours – as they often do in today’s internet – and confidential data doesn’t go astray unexpectedly.

Now, as part of its “SCION @ ETH Domain (SCI-​ED)” project, IT Services (ITS) has installed the SCION network at ETH Zurich. From now on, ITS will operate the data network for the ETH community and make it available to members on demand. SCION has yet to be integrated into the IT Service catalogue. Should any group have a need to use SCION, they can contact ITS and ITS will look at how best to provide it to them. 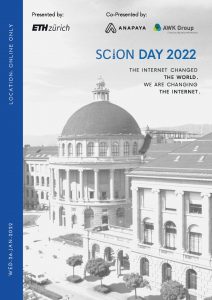 To present the latest developments in the SCION secure internet architecture to various interested parties from science and industry, the Network Security Group, together with ETH spin-​off Anapaya and AWK Group, has organised the SCION Day 2022.

This full-​day event will take place on 26 January 2022 as an online event with a livestream. It is divided into two parts: in the morning, there will be a presentation of the latest technical advances in research and industry, and the afternoon will focus on the latest business developments concerning SCION. The event is free of charge and requires registration.