Trading in digital currencies such as Bitcoin or Ether has become an established practice, but using them as a payment is still a slow process. ZISC Director and ETH Professor Srdjan Capkun and his team have now developed a system that makes cryptocurrency payments secure, fast and practical. 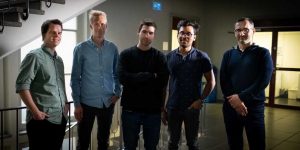 Concentrating on Ether, the team developed a system called Snappy, that speeds up transactions with said currency and thus makes it suitable for everyday payments. In order to bridge the 3 minutes it usually takes for a payment to process, the customers as well as the sellers have to provide a deposit. Not only does this speed up the payment but also protects it against malicious behaviour from both sides. The deposits run in the background and go unnoticed for the user. The system is not yet being used in practice, but Capkun envisages Snappy becoming a feature of smartphone apps. In shops or restaurants, for example, a connection to the seller’s account could be established via a QR code. The payment process itself would be just as fast and straightforward as with a conventional payment app.

This research was also nominated for the annual ETH Spark Award where each year ETH inventions with significant commercial potential are awarded.

You can find further information on ETH news story and the Snappy research paper.